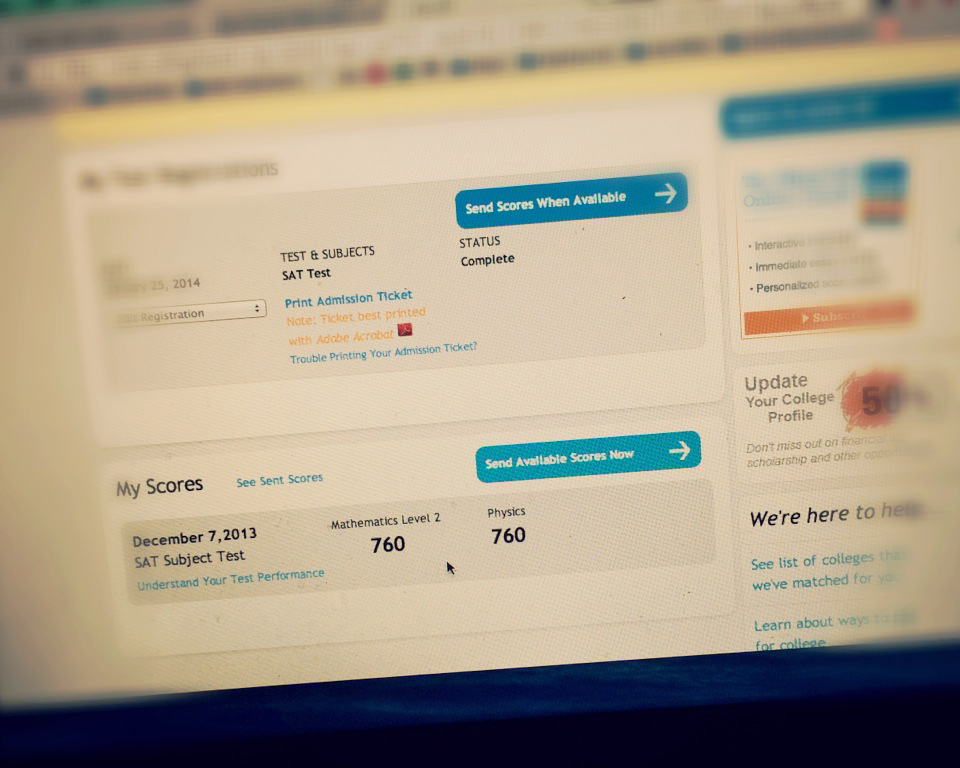 The key here is not hard work, but interest

I will be lying if I say that I was not enraptured upon discovering I scored 760 in both the physics and math level 2 SAT Subject Tests after just 4 days of revision. But I was ravished not because of the high scores. Had I slept the night before, I would have been less careless during the tests and gotten my perfect scores. Back then I was still having the circadian rhythm of a white collar in England - a state of disorder I gently settled into after leaving school - in spite of being in the GMT+8 time zone. I went to bed extremely early that day at 2am but, being accustomed to entering NREM stage 1 at 8am, I could not put myself to slumber. I was ravished because what I had done exemplified that interest is the most efficient thing that drives a person to excel - the master key to unlock the door to a revolutionized education system - and I can now write an article about it.

Assuming that hard work was the main reason why I did well in the tests is quite a superficial way of looking at it. And it is rather incorrect. Things that appear to be hard work, if done on account of interest, should not be considered hard work for the adjective hard is defined as “requiring a great deal of endurance or effort”. In the past couple of months, rather than doing anything that required a great deal of endurance or effort, I had been engaging in activities that I enjoyed: reading books and articles about things that piqued my interests, watching videos on Youtube and Coursera, programming, building websites and applications, doing graphical designing and occasionally playing a game of DotA.

The key here is not hard work, but interest.

When a person is interested in something, take breakdancing for example, and likes to participate in certain activities, such as practicing munchmill (an element in breakdance), she/he does it ungrudgingly and enjoys it, and therefore would have a higher tendency to stay focus throughout the entire process. This helps in both the accumulation of information and the development of cognitive and psychomotor skills. And during the process, the person would experience an increase in the level of dopamine in her/his brain and, as a result, would be positively reinforced without requiring any actual extrinsic motivation, for instance the reward one receives upon coming up first in a dance competition. In another words, she/he would be motivated intrinsically. People who are motivated intrinsically would more likely to carry on with the activity even when it consists of difficult tasks. This is particularly true for the process of knowledge acquisition, which is why rather than being an orthodox student and studying hard, I learn what I like enthusiastically because I find them interesting. And I was given the opportunity to do so after leaving school. 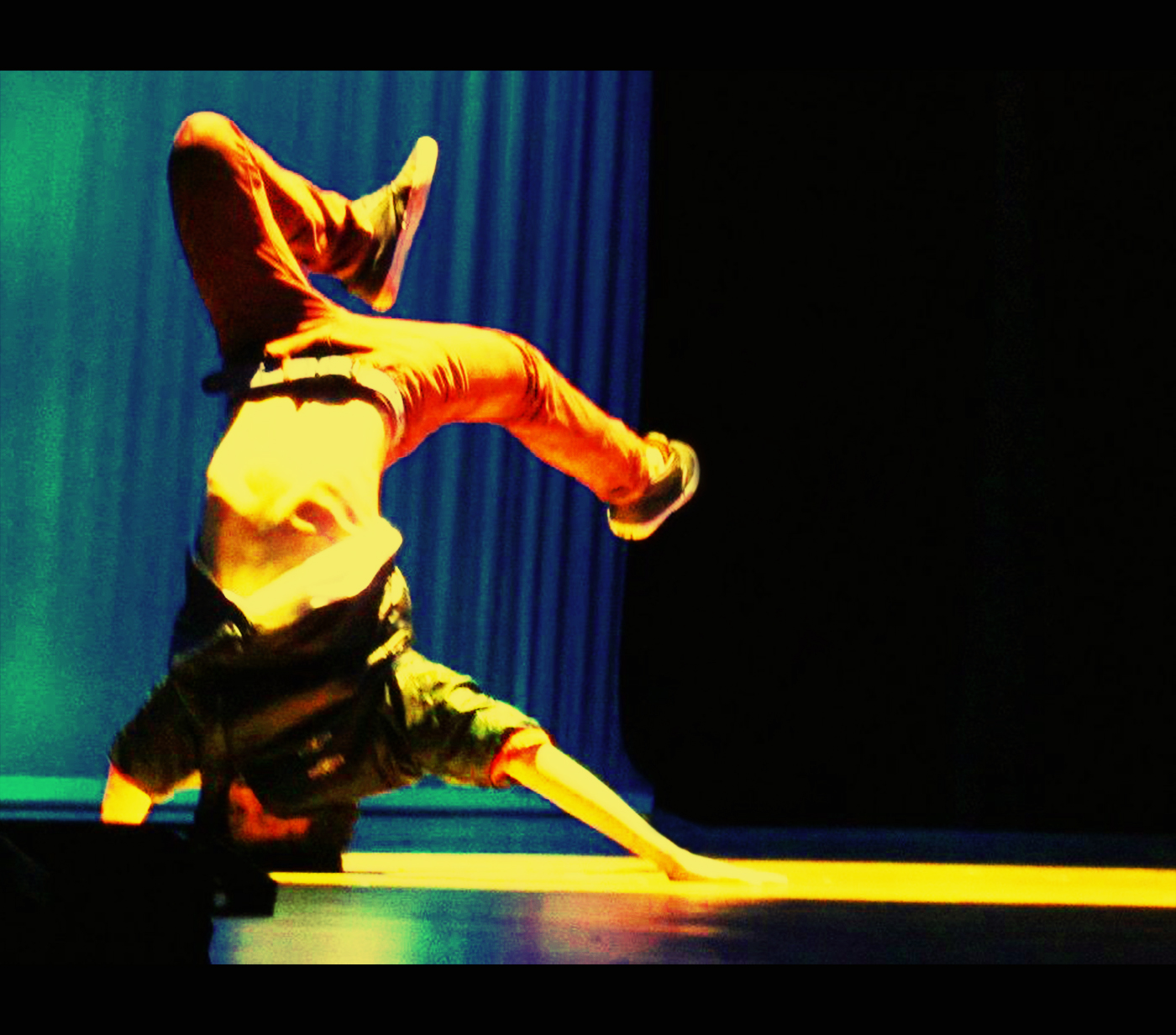 In order to sustain an interest in what one is learning, one should employ a customized methodology that is most suitable for her/him. Diverse methodologies to study a certain subject is something the current education system is not doing a good job providing students with. This is no surprise for a system built on a fast-food model instead of a model based on principles of agriculture. Students are to follow a standardized procedure to study a subject, quite resembling how data are transferred from a machine to another using TCP/IP in a network. They are assigned to learn a set of facts confined in what we know as “syllabus” in a predetermined order similar to how machines are assigned to execute a set of tasks in a deterministic algorithm. It is true that some students may design their own approach to study a subject with the help of teachers or parents, but that is inadequate as long as the confinement exists. For instance, when it comes to learning physics, I prefer to explore the worlds of quantum mechanics, relativity and cosmology - things that are not in the pre-university syllabus - before learning about classical mechanics. Complicated and intimidating equations used to express the laws of nature in the language of mathematics, or basically uncanny collections of symbols that I could not quite understand, can be found ubiquitous in these advanced topics of physics. But that did not hinder me from trying to comprehend the concepts and theories and being constantly fascinated by the strangeness of the fabric of space and time, the bizarreness of quantum behaviors particles exhibit when inspected closely, and the fact that everything in this universe is traceable to the cosmic event that took place 13.8 billion years ago. I would keep on exploring until I finally decided to dive into the actual syllabus I then began reading about the relatively simpler concepts in classical mechanics, and looking into the relatively simpler equations, systematically. Using this methodology to study physics, not only did I have fun, I managed to finish the entire SAT syllabus in just one week, since I had already learnt many of the concepts unknowingly while trying to grasp seemingly complicated theories. If I were in school, I would be penalized for skipping classes and spending my time learning what are not tested rather than doing my homework and preparing for tests. The same applies to the methodology I used to study math. I would learn things from the basics but I would always make sure everything makes sense to me even when that required of inquiring into things outside of the syllabus. For example, when I first knew about Napier’s constant, e, I would not move on to the next topic until I figured out why its value is approximately 2.718 and why this irrational number is of significance. The answers to these questions are not in the syllabus and are considered “futile” by students with the preconception that scoring high in tests is the sole purpose of studying. This knowledge about Napier’s constant turned out to be really useful later on when I started learning about calculus, which is also not in the SAT math level 2 syllabus. Since I already knew e’s true form, I did not find it unsettling that the derivative of e to the power of x is itself.

(Here are the physics notes that I made during the revision. They cover the three main topics tested in SAT physics subject test. To whoever that will soon be taking A-level and/or SAT, hope you find them useful.) 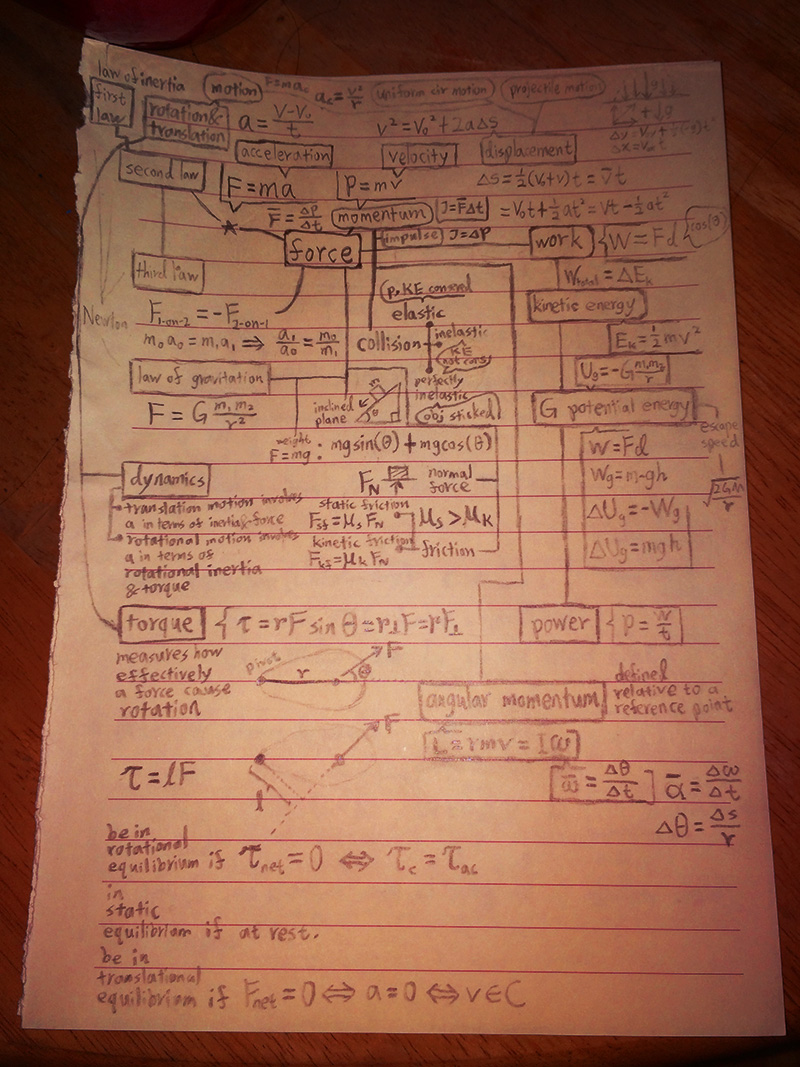 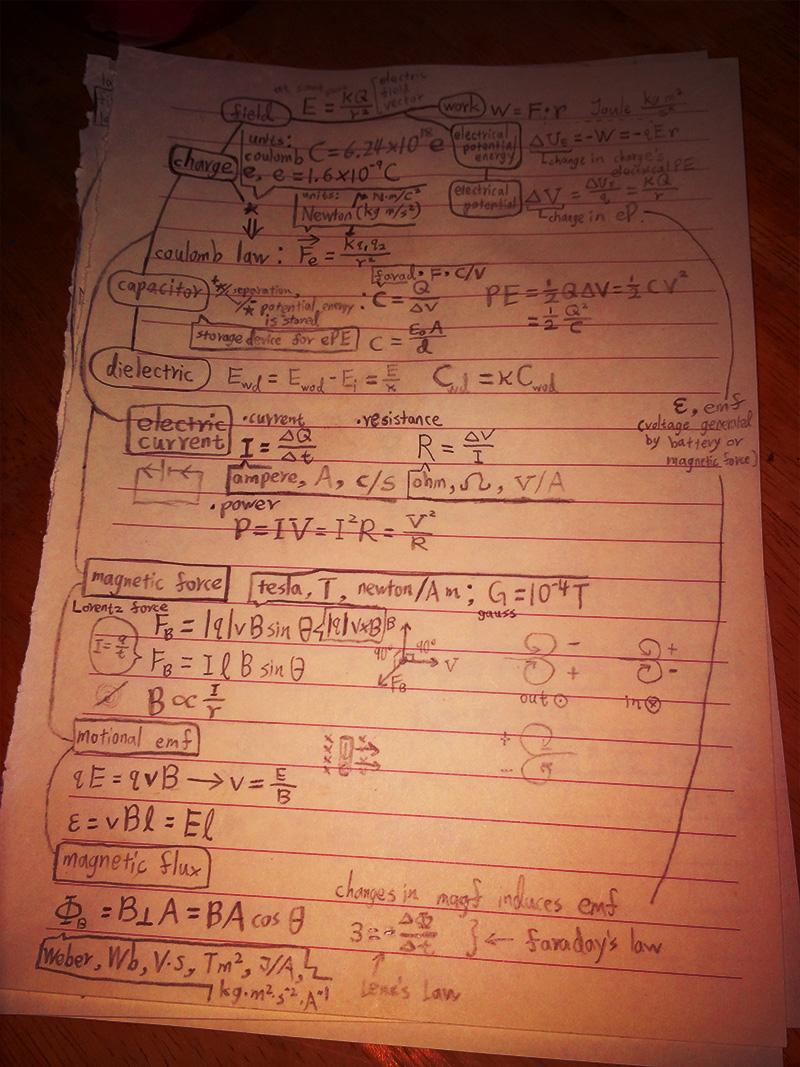 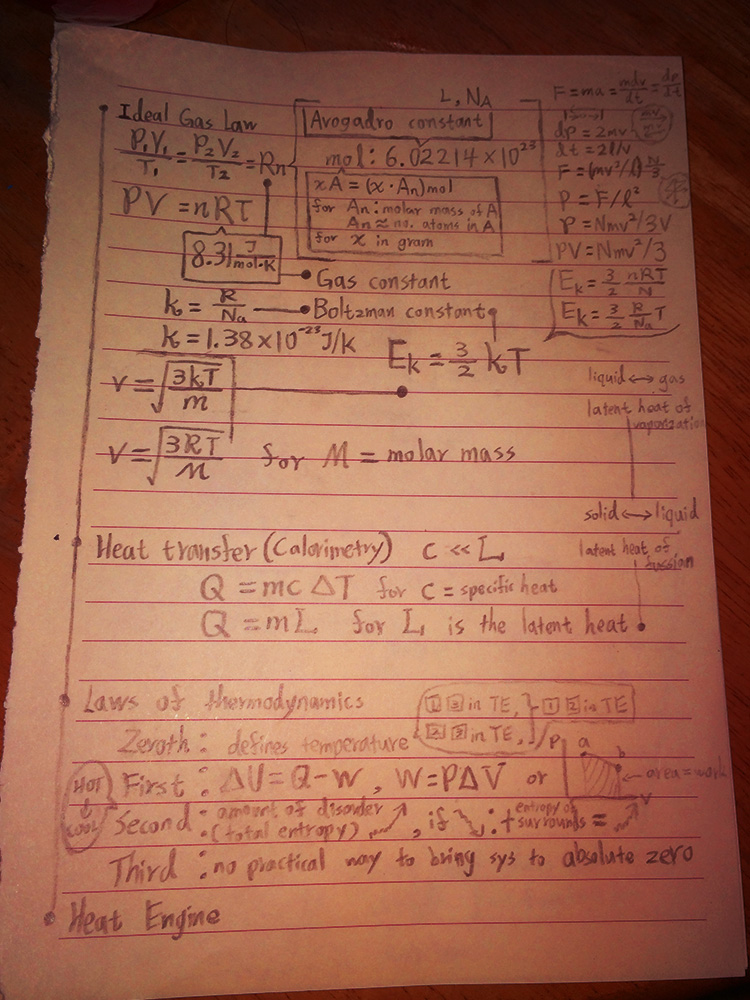 So the upshot here is that the most efficient way to be good at something is to do what you are interested in. This means that if you are interested in something which you want to pursue in life because that is who you are or who you want to be, just go for it, unshackled by other’s opinion about you. If you want to excel in something you are not so keen on, try finding the enthusiasm for it, in another words using neuroplasticity to get yourself intrinsically motivated. This can be a little bit tricky as you are trying to convince yourself to be interested in something that you are not. You have to have strong and self-justifiable reasons behind it and reasons as shallow as being able to do well in a test do not qualify as one. If you are not yet sure about what your interests are, just keep searching for them as you explore different things in life, and one day you would discover that they have always been in the unconscious mind of yours, influencing your decision making, and you were just not aware of them.