Among the most elegant things in mathematics is the notion of axioms. It is a way of reasoning than it is a mathematical concept (and hence, in David Hilbert’s words, a meta-mathematical concept), and I believe it should be formally introduced to every 10 years old in an informal manner.

“Imagine you live in an alien world where bananas are rare like back in East Germany,” you start off with a friendly introduction to capture the mind of a child. 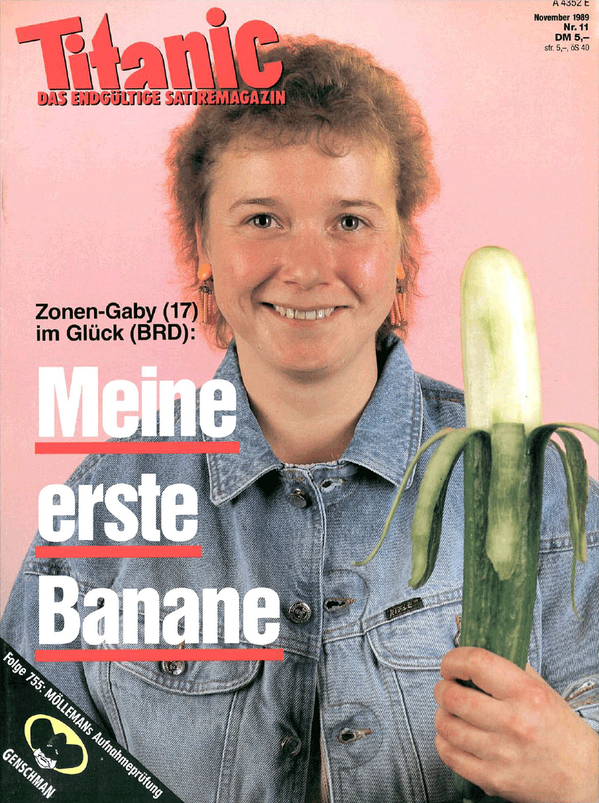 “One day your good friend Mike tells you that he has lost the precious banana his mother got him for his birthday,” you continue, making sure the child does have a good friend named Mike.

“Mike is really sad and he starts crying.” You pause, and take out a banana you prepared earlier. “You recall seeing this banana in a dark alley just now. It must have escaped from Mike’s house!”

“In this alien other world bananas fly,” you declare, wobbling the banana up and down like how a three years old would do with a toy glider.

The child stares at the banana, lost for words.

“So you go back to the alley and capture the banana while it is asleep. Being a decent human being, you give it back to Mike instead of selling it in the black market. Mike has his banana back. Everyone lives happily ever after.”

And then you interrupt yourself, “except this is not Mike’s banana. This is Jane’s.” You turn the banana to the other side, showing a name tag with Jane on it. You go on to explain that in this alien other world everyone’s banana has their name on it.

The cunning child then suggests to remove the name tag and put on a new one with Mike on it. This way Mike would have no idea this is Jane’s and think he has gotten his one back. And everyone lives happily ever after, except for Jane. But no one cares about Jane.

Throughout a child’s life there are many scenarios where the concept of equivalence is more flexible than it seems. It is often up to one to decide what equals to what and what not. If Mike thinks that is the banana he lost, that’s it. This corresponds very nicely to the notion of equivalence in mathematics from an axiomatic perspective. Ultimately it is all up to the axioms to decide what equal to what and what not.

In plain language an axiom is a statement that is taken to be true, giving us a bottom-up process in reasoning about things. It is often expressed in a formal manner (as you’ll see below) in order to remove ambiguities semantically and conceptually. That can be difficult for young children though.

The first baby step to embrace the notion of axioms is to accept that we always need a beginning in our reasoning1. Before their 10th birthdays many baby nihilists would come to the staggering realisation that the past may not have existed - perhaps everyone was created just a moment ago with memories of a common past intact as the world popped into existence like soda water, preconfigured. In this case we need to equip them with the axiom that the past existed2 so they can continue their everyday life unaffected by the realisation.

1: in order to do it in an extremely righteous manner. We are serious people.

2: Actually almost all of us humans (except for true nihilists) live our lives with this axiom as if it is built into our neural circuitry. Humans are strange beings.

Once a child is comfortable with the concept of axioms, we can proceed to the ambiguities-ridding formalisation. With an intuitive understanding of naïve set theory, the child is ready to dissect the axiom that formalises equivalence in set theory, written in the language of first order logic:

This is known as the axiom of extensionality, and it is used in many formal systems of set theory (such as Zermelo–Fraenkel set theory (ZF), von Neumann–Bernays–Gödel set theory (NGB) and New Foundations (NF)).

Similarly, in the banana example above, we can express the banana equivalence as an axiom in the language of first order logic:

One obvious consequence of this axiom is that if we see two bananas on the table, \(banana_1\) and \(banana_2\), each having the same name in its name tag, by our axiom we would have no choice but to conclude that the two bananas are equivalent.

Another detrimental consequence is that \(name(A) = name(B) \Rightarrow A = B\) applies to not just bananas but everything in the universe (hence the universal quantification, \(\forall\) in \(\forall A \, \forall B\)). So if you have a tailor-made suit and a high school uniform that both have your name on it, by the axiom the suit would be equivalent to the school uniform! But you spent almost a grand on the suit!

More on the axiom of extensionality

In the axiom of extensionality the statement

applies to everything in the universe too (a consequence of the preceding \(\forall A \, \forall B\)), which is to say every mathematical object in the universe would be distinguished only by the elements in them. In a universe like this (such as ZF’s universe), empty set is the building block of everything.

Addition can then be defined recursively in an conditional formula:

We can say that this is the universe the axiom of extensionality has beautifully entailed.